I can still remember those days when Edelweiss popped up on everyone’s radar. I was among those that scored one of the first ARCs of Red Queen on the site, many months before its release date. It was a book with so much hype, but it thankfully met and surpassed my expectations, signing me up for a long wait until the sequel. What I didn’t know at the time was that I was in store for a series I will forever hold dearly. And now, after four years, this series has come to a close. Throughout this time, it managed to remain among my favorites in a distinctively peculiar manner and it will now join other series I will never be able to part with completely. For this wonderful literary journey I must thank Victoria Aveyard – thank you for sharing your characters and world and words.

Looking back at what the previous three books built, War Storm is a satisfying conclusion. Neither perfect in its entirety nor perfect as a designated ending, it left the story at a partly open point, but one that tied many loose ends and solved the main plotline. As with all series conclusions, you’re bound to be biased in your appreciation for the last book considering what you desire as a resolution. It can make or break the whole series. But I sincerely think that all in all, it qualifies as a solid and good end.

“Break his crown, break his throne, rip his monarchy apart.”

I sometimes felt it was too long, but not in the sense that you could have cut out some filler parts that were dreadfully postponing the readers from reaching the next stage in the story. No, the feeling was more along the lines of the book being complex, with constant twists and turns, that I personally needed time to digest. It also might not have helped that I didn’t skim the prequels beforehand and I just jumped in it, trying to remember everyone and everything. Long story short, the first half didn’t quite hook me in. It might have been me, it might have been the general writing, but once pages passed by I was able to immerse myself so much better and I re-found the atmosphere I adored in the previous installments.

Another aspect to consider is the fact that War Storm does offer what it promises – war – and this affects the pace, setting a quite tedious rhythm to events, especially when combined with back-and-forth games of politics. And it does so as accurately as it is possible in a technologically-advanced high fantasy fictional world. Unlike other books (I’m looking at you, ACOWAR), War Storm depicts messy and bloody war in a real fashion – battles upon battles, chains of changes of situation, constantly shifting alliances, smaller and bigger enemies alike, betrayals and elaborate and cold politics. And at the heart of it all lay those complicated things called duty, honour and sacrifice, making every decision weigh a ton. It was incredibly entertaining to see how suddenly the dynamics of war can change and also get a taste of the cunningness that underpins the process. 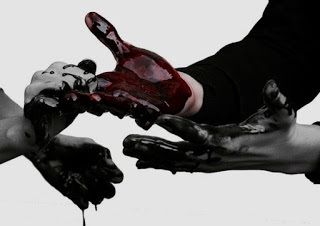 I’ve fangirled about my love for these characters for three reviews already so I’ll just highlight some new additions to their character development. I loved how Mare’s experience in King’s Cage was constantly acknowledged with many instances of PTSD. I loved how she was depicted strong and resolute and how she put her principles above all else, but I also appreciated how she was vulnerable in key moments and that she sometimes indulged in what the heart dictated. She was portrayed as human and she was her best self in this last installment. A bit of Mare, a bit of Mareena, a lot of someone new. 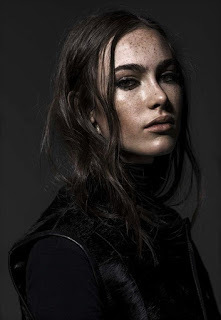 “I am less than his crown, and he is less than my cause.”

The pattern of strong yet vulnerable women continues with Evangeline, whom I adored (not only) thanks to her subtle shenanigans. She was also caught in the crossfire of family and love and duty. Because of her choices and priorities and revelations, I think she had the best development throughout the series. 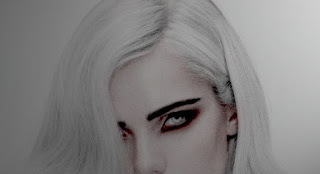 Next was Iris, whom I didn’t really dislike, but I wasn’t exactly her biggest fan either. She was another omen to strong heroines, but despite us getting to see her side of the story, I could not resonate with her, especially since, plainly put, she was racist to her core and she showed no signs of change. Unlike Mare and Evangeline, she was powerful and stoic and a great poker face, but with only some remnants of hidden or robotic emotions proven. 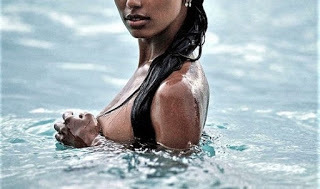 Tiberias Calore stayed true to his character, upholding his reputation as an infuriating yet lovable young man. His naïveté shone through, but you cannot help but admire where that aspect comes from the desire to do good, to make everyone happy, to protect his legacy, to meet everyone’s expectations… it’s tough. And intertwined with all these strings pulling him towards every direction, doing right by a certain girl is placed high among his priorities, whether he admits it or not. I was proud of him, although I also pitied him at certain moments. Regardless, my romantic heart cannot help but squee with joy whenever the kind idiot is around.

“We’re choosing not to choose.”

As with every previous book in this series, the Cal-Mare-Maven triangle that no longer resembles a triangle beyond the psychological spectrum is central to the plot. This is what happens with a war that has a deep personal background. Maven is… Maven. He’s a ghost. A puppet. A failed project. And his frayed edges constantly threatened to overthrow the little mental stability he amassed. We get to witness him at his lowest, experiencing panic and terror and surprise on new levels, but throughout all stages of his madness, he maintains his cleverness and ambition and manipulative traits. The what ifs of a parallel universe in which his mother left him untouched echo loudly from beginning till end. The direct interactions between the brothers are gut-wrenching and the contrast between Cal’s love and Maven’s emptiness is stark, not to mention how Maven affects the relationship between Cal and Mare, always haunting them both. They are all flawed in different ways, each one having scars the others inflicted. It was infinitely sad to watch their dynamic reach an unavoidable conclusion, especially since Cal still had an inkling of hope that he’ll get his beloved brother back.

“The last person who loves you isn’t standing in this room. He’s out there. And you burned that bridge to ashes.”

My issue with the actual ending of the ending, the one that will be etched into my memory as the finale of the story I embarked upon, is purely personal. I would have preferred the epilogue to be a few years in the future, with a more detailed outlook on what’s happening and how the status quo changed since the events of the book and how’s everyone doing and okay YES I WANTED TO SEE MY BABIES HAPPY, not be forced to use my imagination and hope for the best. I’m lazy like that. I usually don’t like open endings, Champion was an outlier in that respect, so I guess War Storm follows the same pattern. But I can see people being perfectly content with what they have been given. Nonetheless, Aveyard could definitely pull the spin-off card on us as I feel some matters that were in dire need to be addressed (reform, combating racism thoroughly etc.) were swept under the rug or just tossed in the post-series unknown. 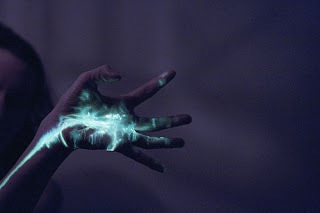 As always, Aveyard’s writing is top notch. I especially loved her world-building of Montfort and the Lakelands’ traditions of nameless gods. The undertones of race, gender and sexuality equality were highlighted yet again, but more forcibly this time — a welcomed move. Then there were the plethora of characters’ POVs, brought into play to offer a multidimensional overview of how the story unfolds, allowing the reader to keep up with the many developments of the plot spanning a vast cast and an even wider area. Her secondary characters were once again masterfully nuanced (special mentions: Davidson and Ptolemeus who were awesome) and some scenes were so thick with tension I was amazed. 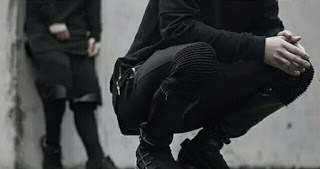 It’s hard to say goodbye, but War Storm was a worthy finale. If you still haven’t read this series, then please go to the nearest bookstore and remedy your unfortunate situation, as it is one of the best.