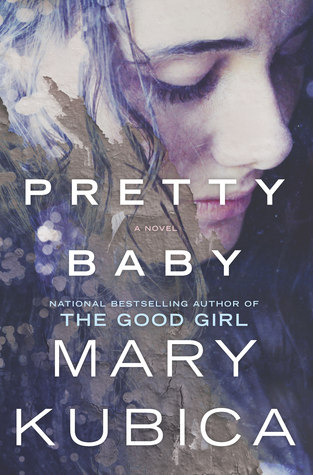 She sees the teenage girl on the train platform, standing in the pouring rain, clutching an infant in her arms. She boards a train and is whisked away. But she can’t get the girl out of her head…

Heidi Wood has always been a charitable woman: she works for a nonprofit, takes in stray cats. Still, her husband and daughter are horrified when Heidi returns home one day with a young woman named Willow and her four-month-old baby in tow. Disheveled and apparently homeless, this girl could be a criminal—or worse. But despite her family’s objections, Heidi invites Willow and the baby to take refuge in their home.

Heidi spends the next few days helping Willow get back on her feet, but as clues into Willow’s past begin to surface, Heidi is forced to decide how far she’s willing to go to help a stranger. What starts as an act of kindness quickly spirals into a story far more twisted than anyone could have anticipated.

I did not think twice when I decided to pick Pretty Baby as my next summer read, knowing that I had previously enjoyed Mary Kubica’ debut very much. While I am the type of reader open in general to the idea of experiencing and being appreciative of various writing genres, the truth is that I cannot distance myself from psychological thrillers and mysteries for long. There is a group of contemporary novelists who write in the said genres I typically rely on and whose works lie on top of my to-read book list. After reading The Good Girl and Pretty Baby, I am inclined to consider Kubica as being one of these novelists and I will most likely read everything she has written.

Pretty Baby is a tense and realistic domestic thriller, extremely slow-paced and character-driven, perhaps without a turn of events as dramatic as that delivered at the end of The Good Girl. The complex blend of themes – family, marriage, motherhood, sisterhood, depression and what goes on behind closed doors – caters for the domestic aspect of the novel as well as contribute to the construction of the psychological profiles of the protagonists. The action is not plentiful and the slow-burn characteristic might be the reason why you do not feel initially hooked or interested in the characters. Personally, I nearly gave up on the possibility of enjoying Pretty Baby. Thankfully, at about 30% into the book, the good stuff surfaced and from then on I was able to appreciate the well-drawn characters and their inner conflicts, anxiety and restlessness.

In my opinion, Mary Kubica is an all-around psychological thriller writer who excels at characterization and the creation of tension in the narrative while also delivering well-done, credible twists and writing in a style that can be quite easily embraced by different types of readers. Pretty Baby is yet another confirmation of Kubica’s talent and I reckon I enjoyed it as much as The Good Girl.