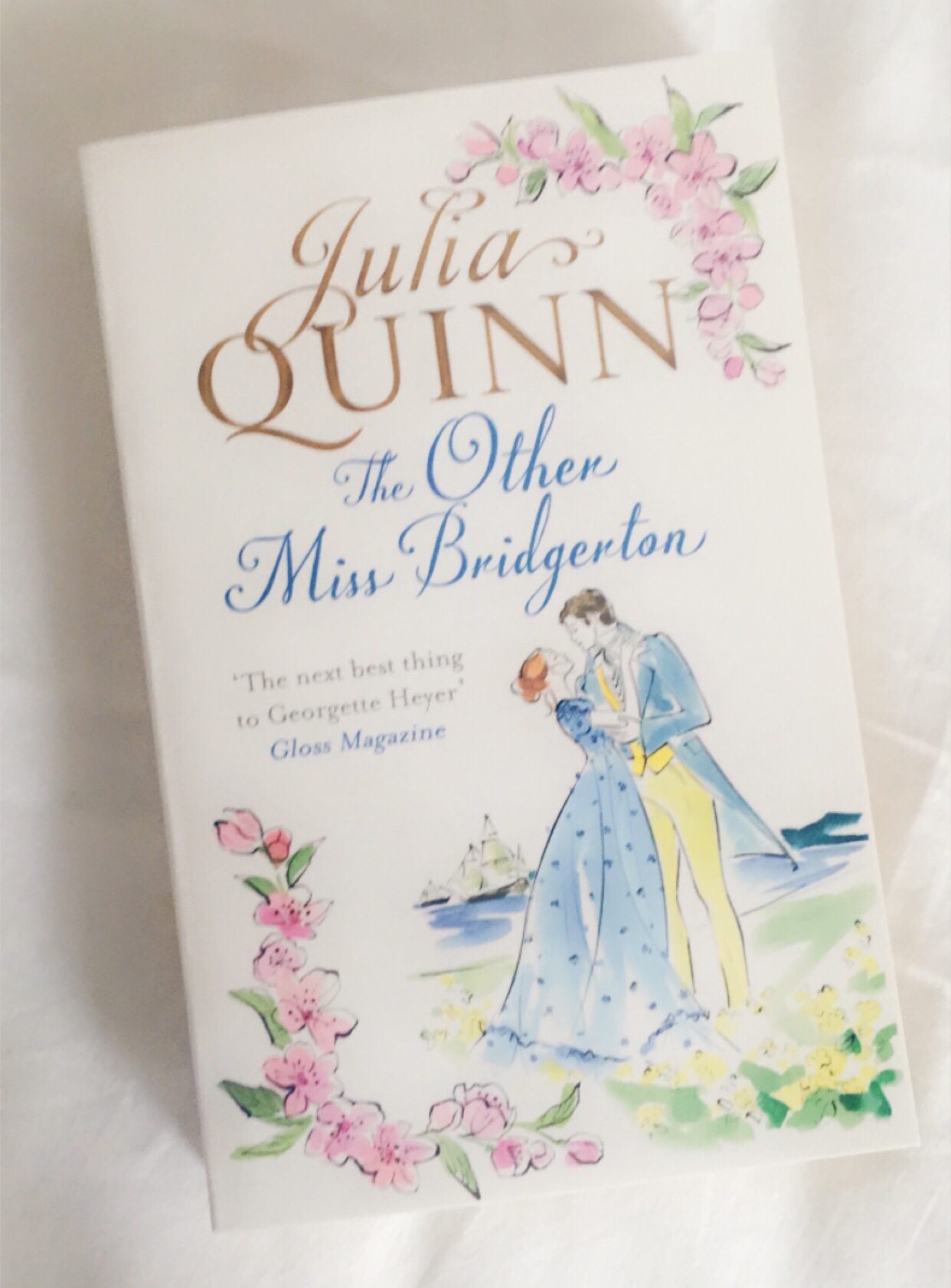 The Other Miss Bridgerton

Synopsis: She was in the wrong place…

Fiercely independent and adventurous, Poppy Bridgerton will only wed a suitor whose keen intellect and interests match her own. Sadly, none of the fools from her London season qualify. While visiting a friend on the Dorset coast, Poppy is pleasantly surprised to discover a smugglers’ hideaway tucked inside a cave. But her delight turns to dismay when two pirates kidnap her and take her aboard a ship, leaving her bound and gagged on the captain’s bed…

He found her at the wrong time…

Known to society as a rascal and reckless privateer, Captain Andrew James Rokesby actually transports essential goods and documents for the British government. Setting sail on a time-sensitive voyage to Portugal, he’s stunned to find a woman waiting for him in his cabin. Surely, his imagination is getting the better of him. But no, she is very real—and his duty to the Crown means he’s stuck with her.

Can two wrongs make the most perfect right?

When Andrew learns that she is a Bridgerton, he knows he will likely have to wed her to avert a scandal—though Poppy has no idea that he is the son of an earl and neighbor to her aristocratic cousins in Kent. On the high seas, their war of words soon gives way to an intoxicating passion. But when Andrew’s secret is revealed, will his declaration of love be enough to capture her heart…?

The thing with Julia Quinn’s books (at least the Rokesby books) is that nothing really happens, there’s really no great action or drama, it’s just two people really getting to know each other, and it’s lighthearted pure entertainment. It’s so much fun! This entire series, the characters are so good and intelligent and just pure fun, you just have to love them!

The story of well-born Poppy being kidnapped by a handsome, aristocratic, charming, privateer/spy, with a heart of gold and a French chef to cook all of his meals was, of course, utterly unrealistic. However, I don’t mind (and even) like improbable romance plots as long as the writing and chemistry are there and spoiler alert, they definitely were. Poppy and Andrew were incredibly well-matched and their verbal sparring was great fun to read.

The romance was fun, the adventure was well-played, and the Bridgerton name carries on as one of the best literary families to read. But I think that what I loved most about this book was that I can really see the changing tide of the romance novel inside of this historical romance’s pages. At the beginning of romance novels, it was 100% female submission (the “bodice rippers,” if you will). Then it became strong women, but stronger men (the woman who had to learn to accept that she did not always know best because, actually, the “alpha” hero did). But now, there’s a tide towards true feminism – equality.

Overall, I really enjoyed reading this book and it’s a great read for you all out there who want an easy and fluffy time.

Va plac cartile unde personajele sunt frati? Sunt curioasa de seria Fratii Davenport de @paula_stoianovici publicata de @stylishedbooks . Mi-au placut mult copertile seriei si a trebuit sa le am. Copertile sunt pentru mine ceea ce este synopsisul pentru altii- instalove! #carticucolti #paulastoianovici #fratiidavenport #stylishedbooks #davenport #books #wattpad #books #bookstagram #letsread
Engagement season is in the air. Eighteen-year-old Princess Leonie “Leo” Kolburg, heir to a faded European spaceship, has only one thing on her mind: which lucky bachelor can save her family from financial ruin? But when Leo’s childhood friend and first love, Elliot, returns as the captain of a successful whiskey ship, everything changes. Elliot was the one who got away, the boy Leo’s family deemed to be unsuitable for marriage. Now he’s the biggest catch of the season and he seems determined to make Leo’s life miserable. But old habits die hard, and as Leo navigates the glittering balls of the Valg Season, she finds herself falling for her first love in a game of love, lies, and past regrets. Published by @titanbooks , this book will dazzle you with royal intrigue and lost love. #carticucolti #titanbooks #thestarswesteal #royal #lostlove #books #reading #bookstagram #bibliophile
@editura.youngart va aduce volumul 3 al seriei Elias si spioana carturarilor- Moartea la porti . Este in precomanda pe siteul editurii @editura.youngart si pana apare, ce siceti de o relecturare a primelor 2 volume? Cartea din imagine este editia de colectie Barnes & Nobles. Vreau sa imi intregesc colectia si mai imi trebuie volumul 2 hardcover ca sa le am pe toate cu coperti cu personajele. #carticucolti #anemberintheashes #editurayoungart #books #reading #sabaatahir #bookstagram #bibliophile #booklover
That’s life. We win some, we lose some, but you can’t live your life afraid of making mistakes. Nyrae Dawn, What a boy wants published by @headlineeternal . Do you like new adult books? They’re probably my fave genre. And I love the books @headlineeternal has in their portfolio. #carticucolti #whataboywants #nyraedawn #headlineeternal #romance #newadult #read #bookstagram #bts #namjoon #jin #jhope
Debut author Jilly Gagnon bursts onto the scene with a story equal parts bite and romance, perfect for fans of Jenny Han and Jennifer E. Smith, about falling for someone in front of everyone. In this modern day love story: Girl likes boy. Girl snaps photo and posts it online. Boy becomes insta-famous. And what starts out as an innocent photo turns into a whirlwind adventure that forces them both to question whether fame—and love—are worth the price…and changes both of their lives forever. Told from alternating points of view, #famous captures the sometimes-crazy thrill ride of social media and the equally messy but wonderful moments of liking someone in real life. #Famous is published by @harper360ya . #carticucolti #bts #harper360ya #jimin #yoongi #jhope #jungkook #books #reading #bookstagram #army
Have you seen the teaser trailer for After we collided? What’s your opinion about it? In the picture it’s the french special edition of After with 30 pages of pictures from the movie. Romanian edition is published by @grupul_editorial_3 and soon you will have the tie in edition too. #carticucolti #aftermovie #afterwecolided #after #annatodd #wattpad #hardin #tessayoung