We all love superheroes, right ? Here are some of the best books that contain amazing characters from the DC universe that will come and rescue you out of this world. 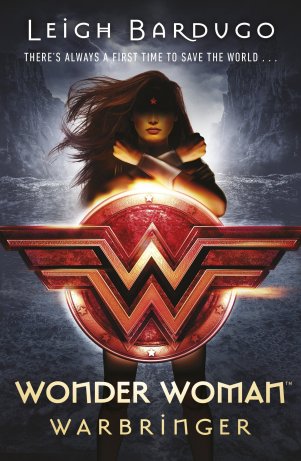 Princess Diana longs to prove herself to her legendary warrior sisters. But when the opportunity finally comes, she throws away her chance at glory and breaks Amazon law—risking exile—to save a mortal. Diana will soon learn that she has rescued no ordinary girl, and that with this single brave act, she may have doomed the world.

Before he was Batman, he was Bruce Wayne. A reckless boy willing to break the rules for a girl who may be his worst enemy.

The Nightwalkers are terrorizing Gotham City, and Bruce Wayne is next on their list.

One by one, the city’s elites are being executed as their mansions’ security systems turn against them, trapping them like prey. Meanwhile, Bruce is turning eighteen and about to inherit his family’s fortune, not to mention the keys to Wayne Enterprises and all the tech gadgetry his heart could ever desire. But after a run-in with the police, he’s forced to do community service at Arkham Asylum, the infamous prison that holds the city’s most brutal criminals.

When the Bat’s away, the Cat will play. It’s time to see how many lives this cat really has. . . .

Two years after escaping Gotham City’s slums, Selina Kyle returns as the mysterious and wealthy Holly Vanderhees. She quickly discovers that with Batman off on a vital mission, Batwing is left to hold back the tide of notorious criminals. Gotham City is ripe for the taking.

Clark Kent has always been faster, stronger–better–than everyone around him. But he wasn’t raised to show off, and drawing attention to himself could be dangerous. Plus, it’s not like he’s earned his powers . . . yet.

But power comes with a price.

Here they are! Hope you guys will read at least some of these novels because they definitely deserve your attention. Would you like to see some of the Marvel ones as well? Tell me in the comments down below. Enjoy!

View all posts by peachycatherine