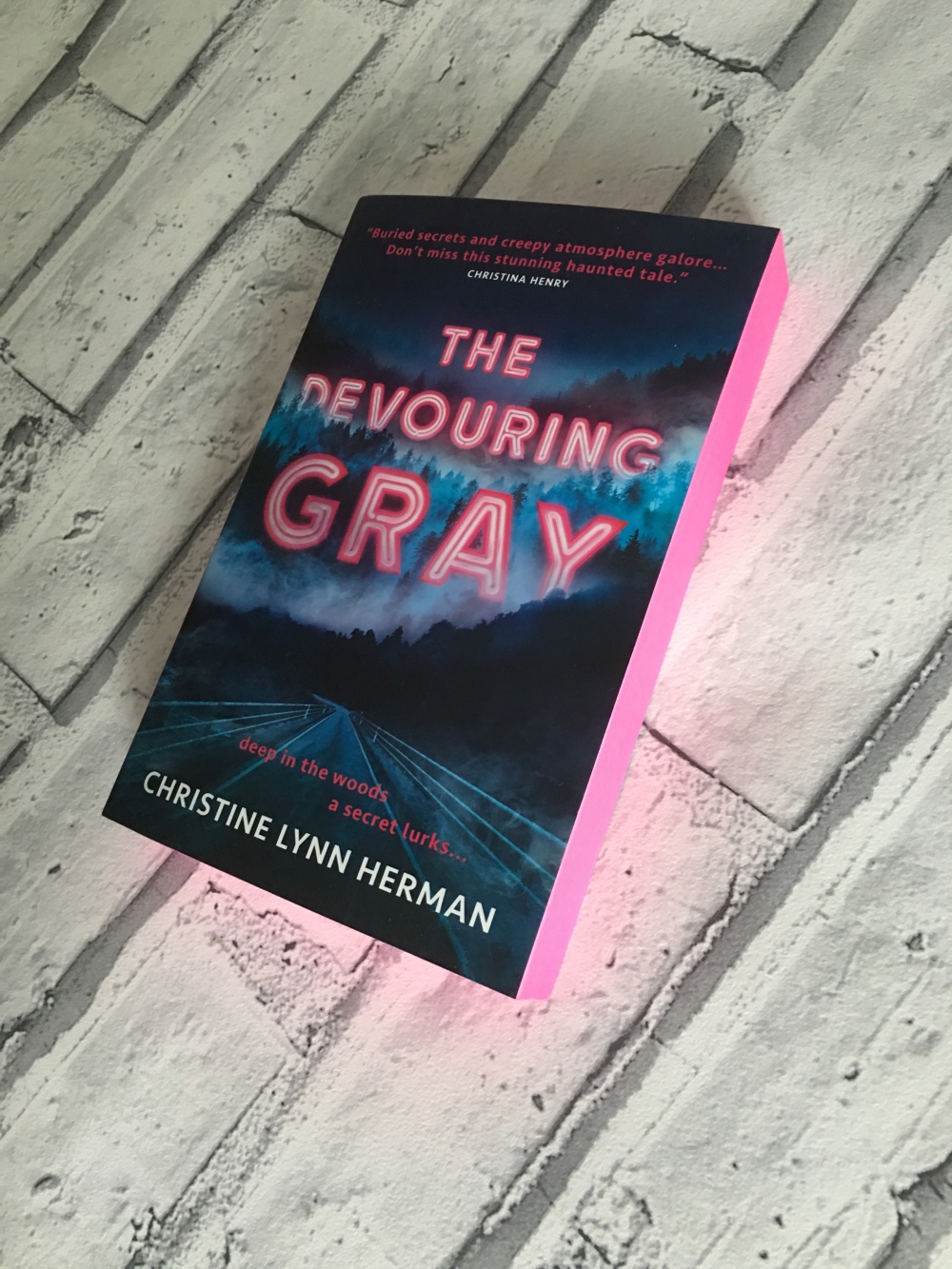 Synopsis: On the edge of town a beast haunts the woods, trapped in the Gray, its bonds loosening…

Uprooted from the city, Violet Saunders doesn’t have much hope of fitting in at her new school in Four Paths, a town almost buried in the woodlands of rural New York. The fact that she’s descended from one of the town’s founders doesn’t help much, either—her new neighbours treat her with distant respect, and something very like fear. When she meets Justin, May, Isaac, and Harper, all children of founder families, and sees the otherworldly destruction they can wreak, she starts to wonder if the townsfolk are right to be afraid.

When bodies start to appear in the woods, the locals become downright hostile. Can the teenagers solve the mystery of Four Paths, and their own part in it, before another calamity strikes?

This is the intoxicating spooky fantasy we all needed in our lives. I am so in love! The last hundred pages were so intense that I had to finish it before I could go to bed. It was worth the lack of sleep.

I adored the plot twist surrounding the truth of this town. Finding out Augusta Hawthorne’s powers made the story ten-times more complex, while also adding to my frustration. Augusta is a horrible person, but she acts that way because she believes it is the only way to protect those she loved. Which is a trait of many of the characters in this story. The fatal flaw surrounding a majority of the characters fluctuates between power and love.

I was especially intrigued by the multiple Gothic elements that haunted the entire length of this novel – creepy houses, foreboding woods, buried secrets, and the ever-presence of the unknown. It’s like Herman created this book with many of my bookish buzzwords in mind!

Basically, The Devouring Gray is a weird little book about a group of highly incapable teens discovering their strengths in order to save their town from a bunch of adults that made terrible decisions in regards to magic a long time ago. It’s a great premise, isn’t it? The drama level of this town could rival Riverdale and the weird magic reminds me of The Raven Cycle, so if either of those are your jam, this book is for you