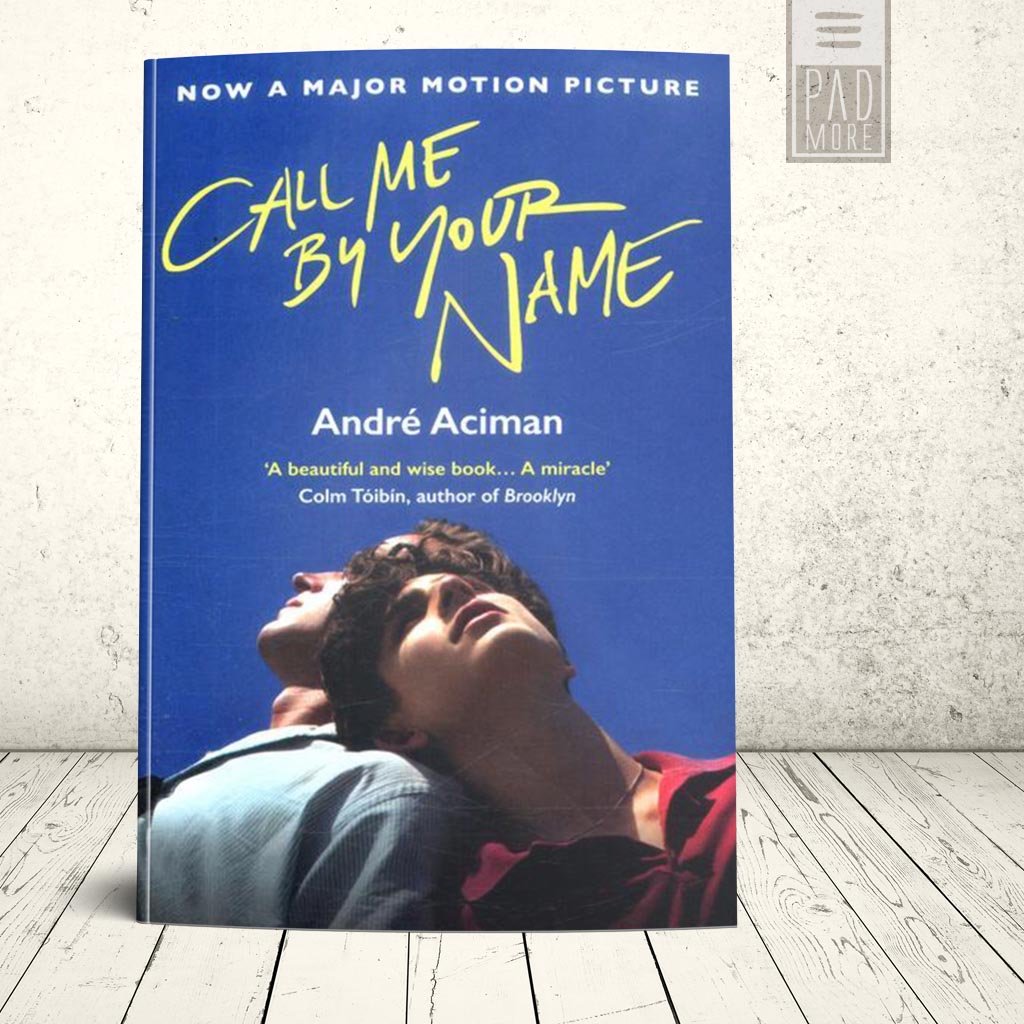 Lately, more and more Young Adult novels are being chosen for screen adaptations. Currently, The Grisha verse is being filmed and A Very Large Expense of Sea with the Shatter Me series are lurking around movie director’s offices on their way of being picked for an adaptation. All the Bright Places is going to come out soon too. Until then, as the sun is shining so bright, here are some books that already have an on-screen adaptation.

Call Me by Your Name – André Aciman

Call Me by Your Name is the story of a sudden and powerful romance that blossoms between an adolescent boy and a summer guest at his parents’ cliff-side mansion on the Italian Riviera. Unprepared for the consequences of their attraction, at first each feigns indifference. But during the restless summer weeks that follow, unrelenting buried currents of obsession and fear, fascination and desire, intensify their passion as they test the charged ground between them. What grows from the depths of their spirits is a romance of scarcely six weeks’ duration and an experience that marks them for a lifetime. For what the two discover on the Riviera and during a sultry evening in Rome is the one thing both already fear they may never truly find again: total intimacy.

The Sun Is Also a Star – Nicola Yoon

Yara Shahidi and Charles Melton in “The Sun is also a Star.” (Warner Bros.)

Natasha: I’m a girl who believes in science and facts. Not fate. Not destiny. Or dreams that will never come true. I’m definitely not the kind of girl who meets a cute boy on a crowded New York City street and falls in love with him. Not when my family is twelve hours away from being deported to Jamaica. Falling in love with him won’t be my story.

Daniel: I’ve always been the good son, the good student, living up to my parents’ high expectations. Never the poet. Or the dreamer. But when I see her, I forget about all that. Something about Natasha makes me think that fate has something much more extraordinary in store—for both of us.

To All the Boys I’ve Loved Before – Jenny Han 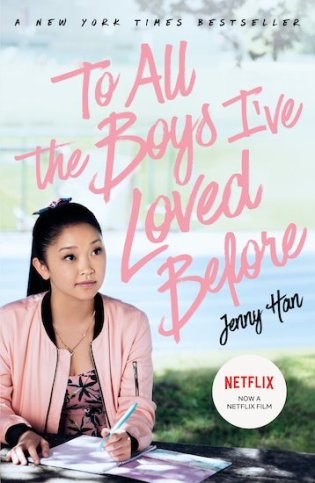 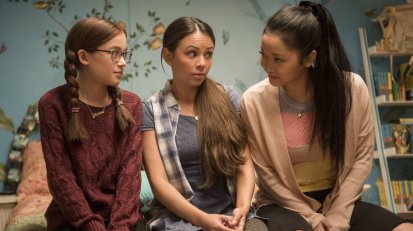 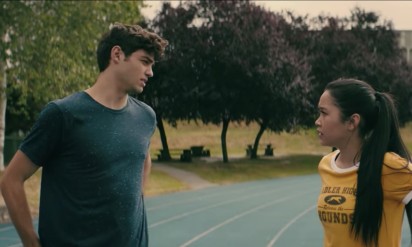 To All the Boys I’ve Loved Before is the story of Lara Jean, who has never openly admitted her crushes, but instead wrote each boy a letter about how she felt, sealed it, and hid it in a box under her bed. But one day Lara Jean discovers that somehow her secret box of letters has been mailed, causing all her crushes from her past to confront her about the letters: her first kiss, the boy from summer camp, even her sister’s ex-boyfriend, Josh. As she learns to deal with her past loves face to face, Lara Jean discovers that something good may come out of these letters after all. 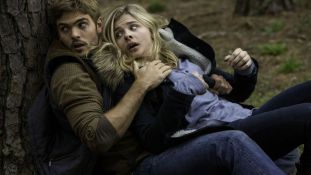 Now, it’s the dawn of the 5th wave, and on a lonely stretch of highway, Cassie runs from Them. The beings who only look human, who roam the countryside killing anyone they see. Who have scattered Earth’s last survivors. To stay alone is to stay alive, Cassie believes, until she meets Evan Walker. Beguiling and mysterious, Evan Walker may be Cassie’s only hope for rescuing her brother-or even saving herself. But Cassie must choose: between trust and despair, between defiance and surrender, between life and death. To give up or to get up.

In Beatrice Prior’s dystopian Chicago world, society is divided into five factions, each dedicated to the cultivation of a particular virtue—Candor (the honest), Abnegation (the selfless), Dauntless (the brave), Amity (the peaceful), and Erudite (the intelligent). On an appointed day of every year, all sixteen-year-olds must select the faction to which they will devote the rest of their lives. For Beatrice, the decision is between staying with her family and being who she really is—she can’t have both. So she makes a choice that surprises everyone, including herself.

Sixteen-year-old and not-so-openly gay Simon Spier prefers to save his drama for the school musical. But when an email falls into the wrong hands, his secret is at risk of being thrust into the spotlight. Now Simon is actually being blackmailed: if he doesn’t play wingman for class clown Martin, his sexual identity will become everyone’s business. Worse, the privacy of Blue, the pen name of the boy he’s been emailing, will be compromised.

Everything, Everything – Nicola Yoon

My disease is as rare as it is famous. Basically, I’m allergic to the world. I don’t leave my house, have not left my house in seventeen years. The only people I ever see are my mom and my nurse, Carla.

But then one day, a moving truck arrives next door. I look out my window, and I see him. He’s tall, lean and wearing all black—black T-shirt, black jeans, black sneakers, and a black knit cap that covers his hair completely. He catches me looking and stares at me. I stare right back. His name is Olly. 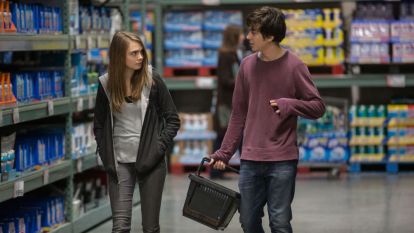 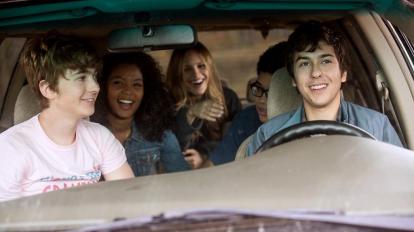 Who is the real Margo?

Quentin Jacobsen has spent a lifetime loving the magnificently adventurous Margo Roth Spiegelman from afar. So when she cracks open a window and climbs into his life—dressed like a ninja and summoning him for an ingenious campaign of revenge—he follows. After their all-nighter ends, and a new day breaks, Q arrives at school to discover that Margo, always an enigma, has now become a mystery. But Q soon learns that there are clues—and they’re for him. Urged down a disconnected path, the closer he gets, the less Q sees the girl he thought he knew…

The Fault In Our Stars – John Green 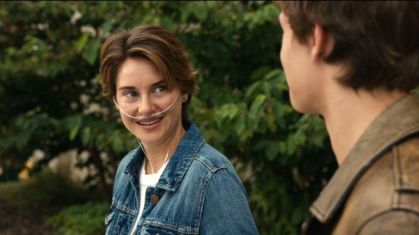 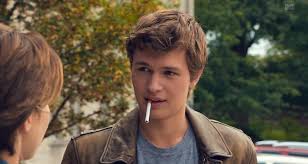 Despite the tumor-shrinking medical miracle that has bought her a few years, Hazel has never been anything but terminal, her final chapter inscribed upon diagnosis. But when a gorgeous plot twist named Augustus Waters suddenly appears at Cancer Kid Support Group, Hazel’s story is about to be completely rewritten.

Insightful, bold, irreverent, and raw, The Fault in Our Stars is award-winning author John Green’s most ambitious and heartbreaking work yet, brilliantly exploring the funny, thrilling, and tragic business of being alive and in love.

The Perks of Being a Wallflower – Stephen Chbosky 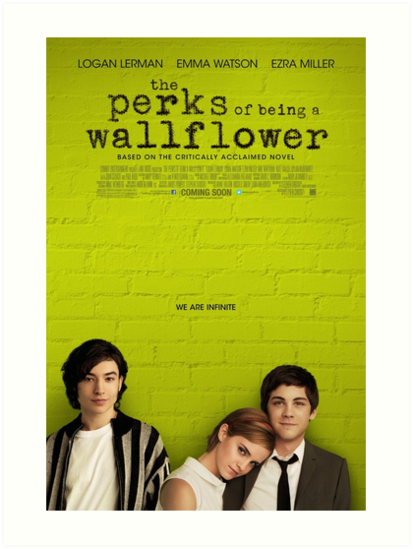 This is the story of what it’s like to grow up in high school. More intimate than a diary, Charlie’s letters are singular and unique, hilarious and devastating. We may not know where he lives. We may not know to whom he is writing. All we know is the world he shares. Caught between trying to live his life and trying to run from it puts him on a strange course through uncharted territory. The world of first dates and mixed tapes, family dramas and new friends. The world of sex, drugs, and The Rocky Horror Picture Show, when all one requires is that the perfect song on that perfect drive to feel infinite.

Through Charlie, Stephen Chbosky has created a deeply affecting coming-of-age story, a powerful novel that will spirit you back to those wild and poignant roller coaster days known as growing up.

Do you listen to music when you read? I do. Mostly BTS because I love them so much, but I listen to hip hop, pop, rock . All depends on the mood I’m in. #carticucolti #books #music #reading #read #bookstagram #bookstagrammer #books #bookshelf #booksbooksbooks
"One day you're seventeen and planning for someday, and then quietly, without you ever really noticing, someday is today, and that someday is yesterday."- Nathan Scott (#OneTreeHill) #carticucolti #onetreehill #nathanscott #tvshow #quotes
Concurs: Vrei sa castigi acest set de carti? Daca raspunsul tau este DA, atunci da un like postarii, follow @carticucolti si @divertaro , da tag a 3 prieteni intr-un comentariu ( poti posta mai multe comentarii) si da un share postarii in stories cu tag catre @carticucolti . Optional, treci cu cateva likeuri pe la restul postarilor , atat aici cat si la @divertaro .Ai timp sa faci aceste cerinte pana pe data de 7 martie. Anunt castigatorul acestui superb set de carti pe data de 8 martie, cu tag la aceasta postare. Multumesc @divertaro pentru cartile oferite. In caz ca le doriti in biblioteca, le gasiti pe siteul dol.ro . Mult succes! #carticucolti #concurs #giveaway #castiga #win #diverta #divertaro #michelleobama #tarawestover #editurayoungart #edituralitera #editurahumanitas #books #bookstagram #read #booksbooksbooks Not affiliated with Instagram
Someone needs to tell those tales. When the battles are fought and won and lost, when the pirates find their treasures and the dragons eat their foes for breakfast with a nice cup of Lapsang souchong, someone needs to tell their bits of overlapping narrative. There's magic in that. It's in the listener, and for each and every ear it will be different, and it will affect them in ways they can never predict. From the mundane to the profound. You may tell a tale that takes up residence in someone's soul, becomes their blood and self and purpose. That tale will move them and drive them and who knows what they might do because of it, because of your words. That is your role, your gift. Your sister may be able to see the future, but you yourself can shape it, boy. Do not forget that... there are many kinds of magic, after all. Erin Morgenstern, Circul Noptii la @editura.youngart . #carticucolti #thenightcircus #erinmorgenstern #books #reading #bibliophile #booklover #bookstagram #read #booksofinstagram #bookstagrammer #booksbooksbooks
I was there all along, like a book left untouched on one of your shelves, you left me until the dust covered my pages, until i was old and rotten, until the holes inside me and my ripped edges were no longer appealing to your eyes and thirst for reading, i get it, you read a book once or twice, you feel as if it’s your favorite, then you buy a new one, and fall in love with it’s new sentences and words, you forget how it felt to hold the old one in your hands, you forget how running your fingers across it’s pages used to make your soul feel, you buy a new book, you collide with a new universe, and you forget about all the old ones. #carticucolti #books #reading #read #mybooks #tempted #bibliophile #bookstagram #letsread #booksbooksbooks #library #bookstore #bookstagrammer #kdrama
The movie cover for Little Fires Everywhere ( Mici focuri pretutindeni la @editura_litera ) . I can’t wait to watch it! Loved the book! #carticucolti #littlefireseverywhere #reesewitherspoon #reesewitherspoonbookclub #celesteng #edituralitera #books #book #bookstagram #booklover #kerrywashington